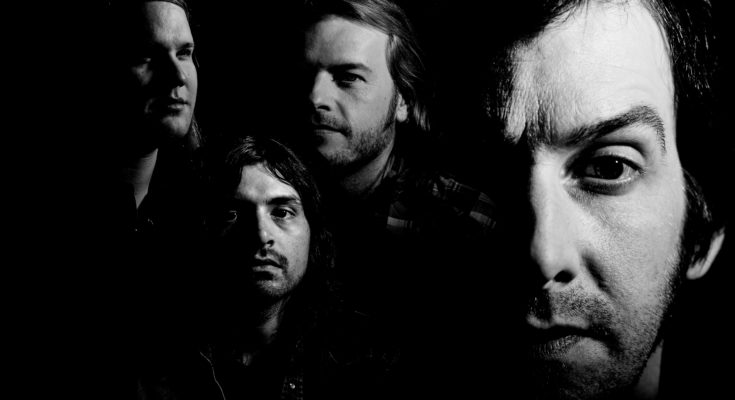 The Sword, the proud Austin-based quartet and standard bearers of authentic rock n’ roll, continue to traverse the globe and serve up sweaty slabs of heavy sound, feed the machine, and deliver a massive guitar sound with a fuzzy, 70’s-infused vibe of analog purity. In their fourteenth year of operation, The Sword have not altered their formula or bowed to trends. Five albums, two EPS, ten singles and thousands of road miles playing to diehard fans and new devotees, The Sword are getting ready to tour behind their first live album, “Greetings From…” (Razor and Tie). On a rare day off, I caught up with the affable The Sword guitarist Kyle Shutt as he ran some last-minute errands and prepared to hit the road yet again.

Do you still enjoy touring or is it a bit of a drag sometimes?

It’s a little bit of both {laughs}. Whenever we take any amount of time off, it’s good to get back out there, but after you’ve been on the road for nine months straight, it’s nice to relax. We’re getting to the point where we don’t have to kill ourselves out on the road like we used to. We’re trying to find a good balance.

Where does The Sword fit in today’s music scene?

That’s a good question. We’re just kind of  The Sword. We’re not part of any genre in particular.  We’re just a heavy rock band with our own sound. I hate comparisons, but when you hear a Tom Petty song, you know it’s Tom Petty immediately.  We’re at the point where if you hear a song and John’s voice comes in, you know it’s us.

You come from a tradition of singular bands from Austin.  What do you think it is about Austin that produces unique bands and artists like SRV, The Butthole Surfers, Willie Nelson, The 13th Floor Elevators, Spoon and the Black Angels?

People have always been drawn here because it was the only blue county in Texas. It used to be if you grew up in Texas and didn’t have enough money to move LA, you moved here. All kinds of people used to come here. It’s become pretty overpriced and bigger, but people are still moving to Austin from all over the world. It’s bigger and weirder now. It’s so damn hot here and I think that comes through the music. When you’re hot and angry, you get some great music.

Where did you live before moving to Austin?

I grew up in a little town in the middle of west Texas. If you’ve ever seen “Friday Night Lights” that was it. They’re not exaggerating.

Was it all about football, cheerleading, and God?

Yes. {laughs} And, I had nothing to do with any of that. I was definitely off that grid.

What were some of the bands that made you want to pick up the guitar?

Green Day was a big one back in the 90’s, maybe 93-94. I found MTV and that changed my life. Grunge bands and MTV. I was really into Ozzy way before I knew much about Sabbath. I was so into Brian Johnson and AC/DC. I moved to Austin from a small town. We didn’t have record stores where I had lived, so that started a real music education. I started digging through all the bins and discovering all these older bands like Sabbath and Cactus.

How do you use social media to connect with your fans?

We try not to pollute people’s world with garbage. It’s all becoming garbage like TV. Everyone has their own up channel. I don’t really care or get carried away with it.  I only post if I feel like it. If you want to have a negative reaction to our lack of posts, look in the mirror and ask yourself some questions. I actually would much rather connect with people in person. I think that’s the best way to meet your fans. We all go out and mingle and shake a few hands. Personally, I mind chit chatting with strangers about nothing really. Not everyone has that affinity. Personally, I like it, even when it gets a little weird.

Do you get a lot of dudes talking to you about gear?

Yeah, I definitely get some guys asking about equipment. I’m not a big gear head, I just know what I like.

Which bands do you feel an affinity with?

I gauge that through the T-Shirts we see at shows. We’re seeing a lot of Clutch shirts and I think we share a similar vibe and hit a certain nerve in people’s brains.  I’ve always kind of thought we’re more like Thin Lizzy, Rush, and Black Sabbath. Most people always say we remind them of Black Sabbath. I can kind of see that.

What was the impetus for doing your new live album, “Greetings From…?”

It kind of came about because we knew we knew we were going to have this real nice soundboard on the last tour, so we figured: “Why not record every show?” It was just adding an aspect. We just recorded the whole tour to see if we got anything, and it turns out we did. This one period we played like nine songs and we were just on fire. We didn’t really want to go back and redo anything.

Is it truly a live album? A lot of bands, like KISS, for instance, were said to have overdubbed almost everything.

Yes, ours is. Thin Lizzy’s “Live and Dangerous” was like that, too. We thought: “Why not do a cool little album with great artwork?” We didn’t want it to be a bloated double, classics live album. It’s a nice piece for your record collection. It also leaves us open to do another one in the future and maybe do another nine different songs.  The album is kind of like seeing us do a forty-minute opening set.

How did you get on Metallica’s radar? Was it Lars?

The story was Lars (Ulrich) was listening to Wolfmother before sound check and his drum tech or some crew guy said you should check out this band The Sword.  And he literally fell in love with us. He invited us to hang out at his house and he said he would take us out on their next tour. We kind of didn’t believe him, but sure enough, he did. They’re all helpful. I got to say, (James)Hetfield(Metallica), in particular, is a big fan of music and helps others as much as he can.

You’re scheduled to begin recording a new studio album in September. Do you already have material written?

No, nothing really yet. {laughing} That might be a first. We’re unprepared, not totally, but we’re prepared to have fun and make an awesome record. We’re going to do it a bit differently, but it will still sound like The Sword.

Do you guys hate the term Stoner Rock?

I don’t know. All rock is stoner rock. You don’t call rap stoner rap.  I guarantee you at some point some member of every band smoked weed. They either did or still do.  I understand that it conjures up a certain image. I think it’s just rock n’ roll. I think it’s just something to write about.

Do you get a lot of dudes talking to you about gear?

Yeah, I definitely get some guys asking about equipment. I’m not a big gear head, I just know what I like.

What is the strangest show you’ve played and why?

I don’t know because we play a lot of shows. There’s always the person that hits their head on the stage or the show stops because security is beating some kid up. We occasionally have to stop the show and play rock n’ roll dad. Come on. I hate doing it.

There was one time we had to leave the stage. Everyone was wasted at that gig. School was back in session and it was the first weekend.  It was a university town–Nottingham, England. Everyone was wasted. During our encore, some girl got pushed down and she got back up.  She socked this dude that pushed her down. He pushed her back and then it became this brawl. It basically became a riot. We just stopped playing hoping that everything would cool down. Our tour manager had to throw an elbow on a security guard. So, we left that one. That was crazy.

I heard you have your own beer. Where can we find it?

We did a couple of beers with a brewery in Texas. Texas has some stupid laws, so we can only sell the beer in Texas. The brewery is called Real Ale.

One was called Ghost Eye, an oatmeal stout and the other was called Iron Swan, an English pale ale and it came in six-packs. We’re thinking about doing a new beer.

Did the headline tours help you jump up a notch?

Yes, they helped us quit our day jobs and pay the bills. We all have our side things. Our bass player Bryan (Richie) builds pedals.  You really have to dedicate your whole life to it if you want it to pay off, and not only monetarily, but also to achieve everything you set out to do. Who is going to hire someone for just three weeks?

What was your day job before you quit to pursue music full time?

When Gods of The Earth (2008) first came out, I remember when I was working as a production manager at a copy center for years. And it just got to the point where we had to go out and tour. They asked when I was going to come back from the tour and I said probably not for a year, Metallica just picked us up for a tour.  Now, I can’t really imagine myself doing anything else. You just have to make it work.

Do soundtracks and commercials figure into your plans?

Yes, we’d like to do writing for soundtracks. Funny you ask that we were asked to do a soundtrack for a movie, and I won’t bore you with all the details, but for whatever reason, it fell through. We had already recorded five instrumentals for this movie soundtrack and it just didn’t happen. That’s why those songs were so instrumentally heavy.

If a company has $30,000.00 to spend on getting the rights to a Foo Fighters‘ song. If they only have $500.00, they might make a different decision. It used to be a lot different. I think it (song placements) can help you out a lot because radio’s a joke and there’s really no MTV. It’s not really our focus, it’s not like we sit around trying to write a hit. We just write the songs we like and that’s why the people keep coming back.

Any memories of St Louis?

Yes, The Creepy Crawl, The Aquarium and somewhere else that I can’t even remember.  Sometimes we’ll sell out a place like the House of Blues and two nights later we’re at a dive somewhere like the Launch Pad in Albuquerque. What’s the name of the club we’re playing in St. Louis?

The Sword will be bringing their heavy sound to the Ready Room on Tuesday, May 23rd. 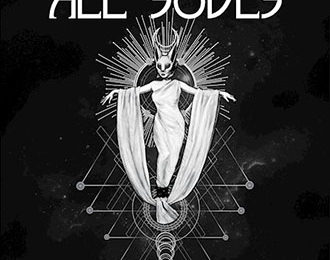 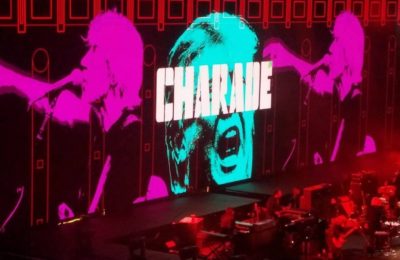 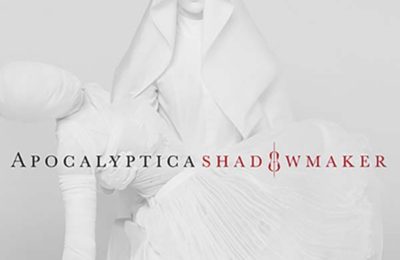